Annotation. This paper is written about the analysis of Russian Federation and People’s Republic of China legislation systems in terms of sales agreement institute regulation. The paper also touches the idea of how regulation differences influence on the both countries possibilities and issues in trade transactions system.

For past few years of economic reform implementation People’s Republic of China global advances and taking the lead in market made China the world’s point of focus.

The changes that takes place in Russian Federation and People’s Republic of China over the last years lead to total renovation of sales agreement legal regulation. In addition, realization of those changes need to have its specific way to overcome the issue of sale agreement legal regulation as in Russia, as in China [1]. The regulation should not only conform to the standards of international trade circulation due to the integration with the world economic mechanism, but also should correspond to country specificity [5]. For reaching this unity on the one hand and considering the domestic aspects on the other hand, researching and development of sales agreement institute should become the constant and main aim for both partnership countries [6].

The analysis of sales agreement in Russian and Chinese legislation systems has a lot merits, as both countries begun to develop the market relations under the conditions of state-planned economy system. In the meantime, the developing of China market relations was “socialistic” oriented [4]. The possibility to compare that two countries’ law and economic systems gives an occasion to make a comparative analysis, that theoretically can provide some legislation improvement in both countries.

The analysis of specific elements in the sales agreements brings to the conclusion about commonness of countries’ legislative frameworks [3, 9].

The subject-matter of a treaty in both countries’ legislation provide obligatory pointing the description of goods and its amount [3, 9].

The cost of sales agreement during the Chinese law, as well as in Russian law, is conformed by the agreement parts. In case of absence the cost information or information about paying for the goods, the agreement is making applied in connection with the market price on the date of agreement at the place of its implementation. The Chinese legislation also has agreement costs that are made by the government – in the context of changing the government costs during the agreement implementation the payment transactions performs in accordance with the costs that were existing on the moment of the goods transferring or paying for the goods [3, 9].

The effect of the sales agreement breach in both countries’ acts has in common and its differences. For instance, in accordance with the Civil Code of the Russian Federation if a buyer breach the agreement’s timely payment terms, a seller has a right to demand to pay for the goods from a buyer. The analogic principle is contained in the Chinese act. The common ideas spread in the both legislations when it comes to a corrective measures implementation, payment of a penalty, deposit loss and recovery of losses – the statutes around these principles do not collide to each other. However, some statutes are colliding. According to the Civil Code of the Russian Federation, the entrepreneurs respond for their actions with no culpability as they are professional economic agents. Such situation is not observed in Chinese law – Chinese commercial organization is not a special subject of economic relations and does not respond for the wrongful acts on the same basis as private individual [3, 9].

Another collision of the Chinese and Russian statutes is expressed in performance of an agreement obligation. In the Russian legislation wrongful act can be determined as action as inactivity, while Chinese act does not prescribe inactivity as wrongful act that leads agreement part’s responsibility [3, 9].

Chinese and Russian law regulating the agreement relationship in the foreign trade activity has a lot of in common that allow to establish the partnership in group of trade fields, however the differences of countries’ legislations such as determination of the entrepreneurs’ responsibility and facing the controversial inactivity as wrongful act, need to be marked and taken into account in the trade relation process.

The analysis of the Chinese and Russian statutes allows to come to conclusion that future development of partnership projects as an effective instrument for the extension of foreign economic relations between countries, is need to be controlled for the purpose of understanding the legislation peculiarity of every international agreement part.

The present differences between two countries’ legislations focus on deepening the analysis of sale agreements problem. Thus, Chinese and Russian legislations diversity in contractual interpretation can become sufficient fundament for deeper research in the problem of contractual parts’ will and stated wish correlation [8]. The issues as development the notarial system and official registration institute both can be solved with the research of countries’ law system differences in sale agreements forms [7].

We suppose that the aim of deepening bilateral cooperation between China and Russia reaches in widening the investment collaboration not only in trade relations, particularly by using sale agreements, but also in the other areas of economic cooperation, for example, in the scientific research sphere generally or by development of cooperation in the intellectual property infringement sphere. 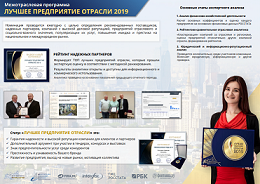 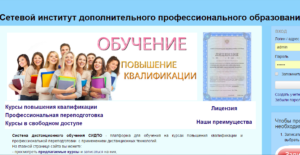